Home Automation
5 Tips for Carp Fishing Beginners
Elf Bar: A Quick Review
Go for ‘Taxi Bestellen’ instead of your Personal Car!
Why You Should Hire A Makeup Artist For Your Wedding 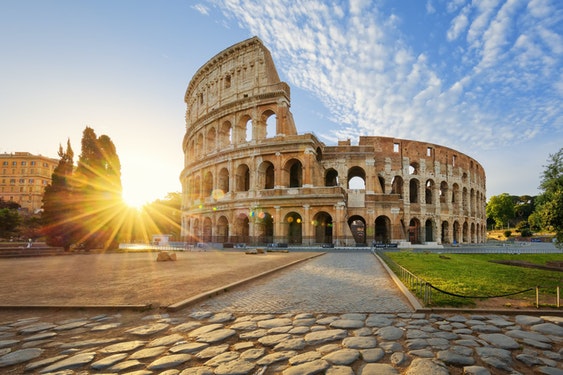 As one of the world’s most visited cities, Rome sees some 10 million tourists every year, and it’s hard not to see why. One of the oldest cities in Europe, predating even its mythological founding of 753BC, Rome has been a cultural center of the western world for centuries. As a result, Rome is home to many incredible architectural feats, from the ancient world to the Renaissance and beyond. Rome is also the birthplace of the neoclassical and Baroque styles.

Sometimes referred to as the capital of two states, Rome is also the only city to contain a country within its borders. The Vatican City is the smallest country globally and serves as the cultural center of the Catholic religion. As a result, Rome also serves as an important pilgrimage site.

There’s a lot to see and explore in Rome, but here are the five essential attractions any tourist will surely not want to miss.

This famous Baroque-style fountain features a mythological composition including Neptune, the God of the sea. Trevi fountain has been a popular setting in many films, most famously appearing in Italian director Fellini’s movie Dolce Vita. Since then, it has become a tourist hotspot and a must-see part of the Rome experience. The Trevi fountain gets its name due to its location at the intersection of three roads. It was also the terminus of the Acqua Vergine. Legend has it that if one throws a coin into the fountain, it is destiny that they shall return to Rome.

The Pantheon is one of Rome’s most impressive and best-preserved ancient Roman buildings and a must-see for any tourist. Initially built in the early 2nd century as a temple for the Roman gods, the Pantheon later became a catholic church from the 7th century onwards. It is a cylindrical building with an entrance made up of massive granite Corinthian columns. The building still holds the record for the largest unreinforced concrete dome in the world, an incredible feat considering its age.

Designed by some of the most famous architects in history, including Donato Bramante and Michelangelo, St Peter’s Basilica is one of the most impressive churches ever built. It is also widely considered the center of the catholic world, built where tradition holds that Peter, the man thought to be the first pope, was crucified and buried. Furthermore, The building overlooks the equally impressive St. Peter’s square, where thousands often gather to see and hear the Pope’s messages.

Containing an incredible collection of some 70,000 works collected by the catholic church since the 16th century, visiting the Vatican Museums is essential for any trip to Rome. Attractions include the Raphael Rooms, the spiral staircase, and some of the most important relics in the world. Perhaps the most impressive part of the complex is the Sistine chapel, which Michelangelo painted the ceiling of between 1508 and 1512.

The largest amphitheater the Romans ever built, the Colosseum could in its heyday hold around 50,000 spectators. Here people came to see gladiators do battle, public executions, and other ancient forms of entertainment. Built during the 1st century, the Colosseum may be the most remarkable architectural feat the Romans ever accomplished. It arguably remains Rome’s most famous landmark to this day.

Go for ‘Taxi Bestellen’ instead of your Personal...

Go for ‘Taxi Bestellen’ instead of your Personal...

What Are Glass Balustrades And Why You Need...

The Benefits Of Glass Balustrades